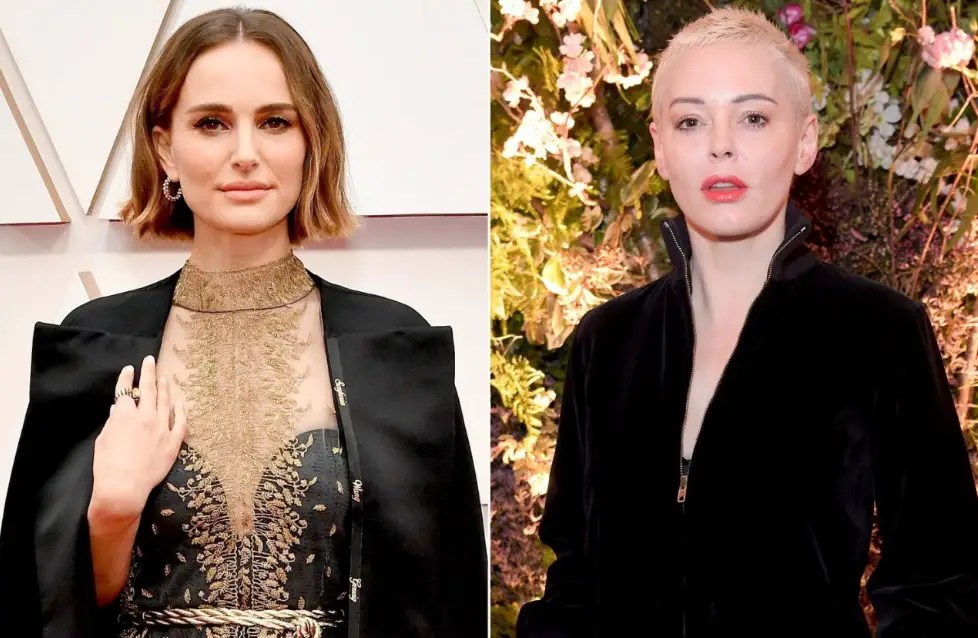 Rose McGowan is not impressed with Natalie Portman’s bold red carpet look as we know Portman turned head – over the weekend on the Oscars red carpet wearing a cape down embroidered with the names of snubbed female directors. The statement piece earned her both positive headlines and also a good deal of social media backlash.

Now one person in particular who wasn’t too thrilled about the whole look Rose McGowan in a Facebook post published Tuesday the activist and filmmaker called the Cape quote the kind of protest. That gets rave reviews from the mainstream media for its bravery but she doesn’t see it that way brave any not by a long shot more like an actress acting the part of someone who cares as so many of them.

Do McGowan went on to challenge Portman to do more for female directors than wear a cape with their names on it. I find Portman’s type of activism deeply offensive to those of us who actually do the work. McGowan called out Portman to work with more than the two female directors.

McGowan closed it out by saying in part there is no law that says you need to hire women work with women or support women by all means. You do you but I am saying stop pretending. you’re some kind of champion for anything other than yourself as for me. I’ll be over here raising my voice and fighting for change without any compensation for more on the story head.

Part of me feels like Rose McGowan is clinging to fame by trying to act “offended.” But, that’s crazy. She’s not that great of an actor. Seriously rose McGowan get the mental help you desperately need, you are mentally unstable and do grow up, you seem to keep embarrassing yourself over and over.

Really? And you’re so brave Rosé McGowan why didn’t you testify against Weinstein? He made itty bitty you nervous! What an all talk and no walk you are! How dare you slam another actress when you are no better. Rose McGowan Slams Natalie Portman’s Oscars Cape with Female Director Names: ‘Deeply Offensive’.